A perfect place for everyone

Le Moulin is a relaxing and friendly place where everyone is made to feel welcome. Our country retreat is the perfect place for short breaks, overnight stays, business trips, seminars and excellent slap-up meals!

Business and pleasure go together

At Le Moulin, business guests can combine work and pleasure as we have our own separate seminar room, dining room and bar. We have the facilities for private functions too. The spacious seminar room can be transformed into a venue for weddings, family gatherings and parties too. The rolling green countryside and the pretty 13th-century mill (moulin) outside makes a relaxing or romantic backdrop for any occasion. And, with fine French food and an excellent wine selection you can't go wrong.

A little history - what’s in a name?

The hotel gets its name from the old 13th-century water mill (‘Moulin’) used for making linen (‘Draps’), which is situated by the river Lène. The river rises at the foot of le Mont Pelé and joins the river Liane at the village of Cremarest. The Liane then flows into the sea at nearby Boulogne-sur-Mer.

Located near the town of Desvres , the Moulin was originally one of 7 mills, but the earliest records found in the National Library of Paris indicate that it was the only working mill in the town as far back as 1414.

If you look carefully at the inside of the large open fireplace in the restaurant you will see on the ceramic tiles, for which Desvres is famous, that the original name of the le Moulin was in fact 'le Moulin à Drap' as you will also see on the postcard to the right. The Moulin was a working mill well into the early part of the 20th century when it passed into private hands.

The hotel with its restaurant was built in 2001 and has been run as a successful 3-star hotel ever since. The restaurant with its emphasis on traditional food has always been popular with local people. The seminar room was added in 2008 and in 2016 we are adding four new rooms.

“Stayed here twice now as a stopover for traveling down through France and loved it both times. The location is ideal, very calming and beautiful. The driveway is off a road through a woodland so can sometimes be hard to spot first time. We always sleep so well as it is peaceful and the beds are very comfy.
Breakfast is very good, lots of choice and fresh baked croissants and bread. The staff are friendly and the rooms are clean. The view from the dining room is stunning and the food in the evening was delicious.
Desvres town is very close by, easily walkable and has a lovely market.
We will definitely be going back and recommend it highly!” 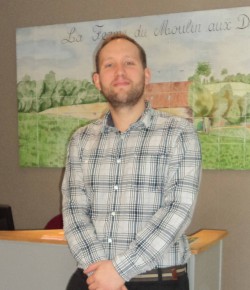 Our manager, François arrived at the Moulin at the beginning of 2016.  He has spent many years living in the UK and working in British schools so his English is perfect! However, he's fiercely proud of his French roots and the city of Le Havre, in Normandy, where he hails from. François is passionate about rugby and never misses the chance to watch France playing international rugby games.

A fan of T-Mike, notably his French reprisal of Charlie Puth, François loves music. Le Moulin marks the start of a big adventure for him…

“The calmness and serenity experienced at the Moulin will truly provide you with a breath of fresh air.” 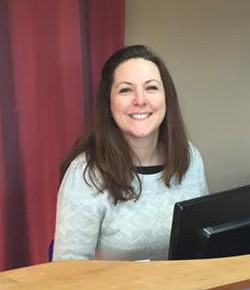 Caroline has swapped city living in England for a quieter life in the countryside of the Pas-de-Calais. She taught in primary schools near London for over fifteen years and is now enjoying her new career as a receptionist and accountant in our lovely Moulin.

During her free time, Caroline loves seeing her friends, going to the theatre, supporting the English rugby squad and feeding the animals here at the Moulin.

“A friendly and relaxed atmosphere, and a guaranteed warm welcome.” 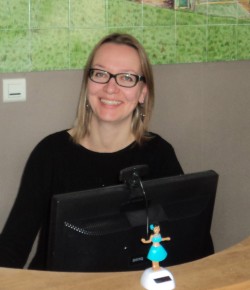 Stéphanie has brightened the Moulin with her smile and enthusiasm since the day she arrived in summer 2015. She was worked in the tourism industry for twenty years and her expertise and skill set are an undeniable asset to the hotel.

On days off, she loves listening to music and playing with her six-year-old dog, Eloa! 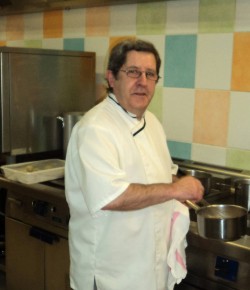 Born and raised in Desvres, Eris has been a chef for over thirty years and has even been rated in the prestigious Michelin Guide for his previous restaurant in Boulogne-sur-Mer.

He has been rustling up regional and gastronomic dishes in our restaurant since September 2015. When he's not busy in the kitchen, he loves gardening, keeping birds and he's a member of the Racing Club de Lens football club.

“Having worked in kitchens for the past 40 years, at the Moulin I have created a haven of peace and gastronomy.” 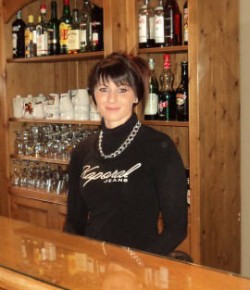 Manon is the latest member to join our friendly team at Le Moulin. She is the waitress and is responsible for the bar and restaurant areas. Waitressing is second nature to her and dealing with customers is what she loves best.

When she isn't at the hotel, she loves riding horses and breeding husky dogs. You may meet her on one of your walks, as she is regularly out and about with her dogs in the area.

“For me, a client's smile is the greatest reward.” 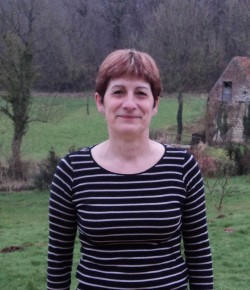 Le Moulin’s 'Mrs Clean', Nadine has been in charge of keeping our rooms at the hotel neat and tidy for eleven years. She loves her job and is proud of her exceptionally well-kept rooms.

Nadine is also proud of her Northern roots. She worked for twenty-six years as a seamstress for one of the biggest textile companies in France. At home, she rears hens, loves reading and crosswords and spending time with her three grandchildren.

“The pleasure of working in the calm countryside environment of the Moulin has no price.” 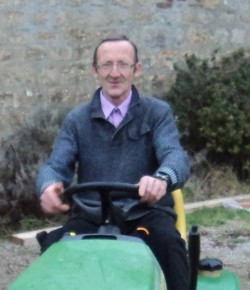 Ghislain is 'the man' of Le Moulin. Thanks to him, the hotel has been kept in peak condition since 2003. He tends carefully to the grounds and the maintenance of the hotel and he can even cook you a perfect home-made breakfast.

You can call on Ghislain to fix anything! He seems to have done everything too. He worked in the  Desvres ceramic business for twenty years and fixed boats and ships on Boulogne-sur-Mer’s port. The Moulin is his second home and he is takes great pride in his work.

“The Moulin is my second home; my work is my passion.”

Get in touch to see how we can help you

We are proud of our friendly hotel with its small, capable and talented team. Whatever the occasion we want it to be a massive success. Call us to find out about our seasonal deals and special offers.